A downloadable game for Windows

Ellipses is a short adventure game about exploring and making meaningful choices in an environment that is harsh and foreign. Atmospheric and thought-provoking, with puzzle-based 'enemies', a cinematic soundtrack and zero dialogue, Ellipses requires a level of skill but more importantly a level of player-based choice to fully enjoy.

In order to download this game you must purchase it at or above the minimum price of $2 USD. You will get access to the following files:

So I just got the game, and to be honest, I'm pretty stuck. I booted up the game, got the sword, and unlocked the walls to the first two enemies. However, I'm fairly stuck on what to do to make the two enemies attack so that I can move on. They just hover in place and attacking them does nothing. I've tried just about everything in hopes of figuring it out. The game itself is fairly pretty though, and the soundtrack keeps me involved, I'm just at a loss of how to continue.

Hey UltimateBlue, thanks for playing - tip for you, nothing in this game will attack you until you 'pick a side'

(Try exploring all the way to one side or the other)

Oh, okay, that makes sense. Thanks for the help. 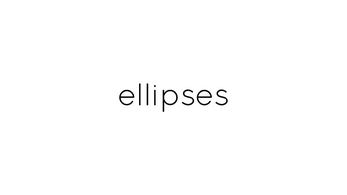